You're invited to meet with those of us breakfasting at the McDonald's restaurant at Apple Ave. & US-31 before the field trip.  We will leave the restaurant at 8:00.

The trip itself will begin around 8:15 a.m. just inside the Maple Island Road entrance to the Muskegon County Resource Recovery Center (formerly the Wastewater).  We will bird the entrance area until 8:30 before heading to the headquarters, the dikes, and the fields of this 16-square-mile property.

We will drive to various areas and then get out to bird.  Besides your binoculars, a spotting scope and a walkie-talkie tuned to Channel 11, Subchannel 0 will be useful, but neither is necessary.

We hope to find many migrating shorebirds and yet-to-migrate breeding grassland and woodland birds this Saturday morning.  The trip will end around noon.  The public is welcome.

Only three of us attended the July field trip this morning.  For awhile we were joined by a birder from Muskegon and another from Brooklyn.  We curtailed our walk after birding the Snug Harbor area without walking out to Lost Lake.

At the Allegan State Game Area farm unit we found 46 species including a very cooperative Henslow's Sparrow that sang repeatedly and perched on a grass stalk for us.  Other species there included Dickcissel ... 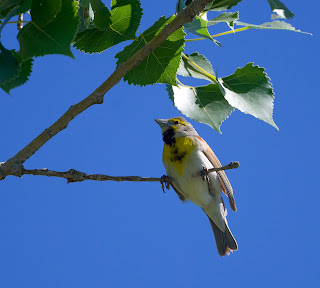 ... Sandhill Crane, Red-tailed Hawk, Cedar Waxwing, Grasshopper Sparrow, Eastern Towhee and Indigo Bunting.
Chip led us to a beautiful woods east of Fennville where we heard a few Cerulean Warblers and watched this particularly cooperative one: 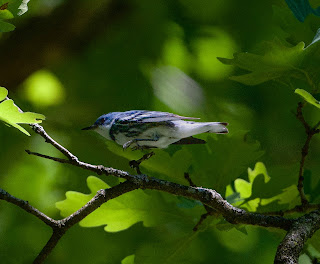 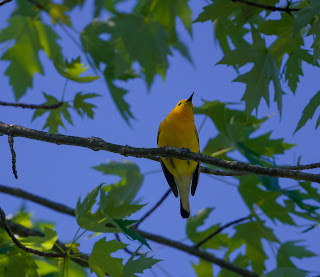 ... and Cliff Swallow, another Cerulean Warbler, Osprey, and more.
Well over 60 species on this beautiful almost-summer day!
Posted by M.C.N.C. at 12:02 PM

Six Die-hards and a total of 17 people participated in our club's annual Big Day Count on Saturday, May 21, 2022.  They recorded a total of 127 bird species.  See the complete listing on our Recent Sightings page.

Penny Briscoe from Vicksburg, well-known for her knowledge of Purple Martins, presented a fascinating program at our monthly meeting Thursday.  Besides club members, several "purple martin people" were in the audience as well.  Penny left some brochures and other materials which you may get from Ric.

Finally, beautiful weather for our monthly field trip, and surprisingly only five people participated.  We walked counterclockwise from the temporary Lincoln Street entrance on the 2.2-mile trail around the lake at the new Dune Harbor County Park (formerly the Nugent Sand property).

Once again members of our club will help with the monitoring of bluebird boxes on the Muskegon County Resource Recovery Center (Wastewater) properties.  This year the monitoring will take place for 13 weeks from May 16 into August.

That sign-up website includes more information and a helpful video showing how the monitoring is done.  The information you receive from Anita when you arrive also explains the procedure.  Monitoring a bluebird box trail takes about two hours.

March 19 Field Trip at the Wastewater

Before the trip I saw a Short-eared Owl.

The events in Dave's program occurred in late January through early February of 2019.  He was one of only five U.S. birders led by Johan Fernandez, a local birder who was excellent in helping Dave see and photograph at least 177 Life Birds.  They stayed at various rustic lodges in all of the major eco zones that they explored, from coastal to mountainous. 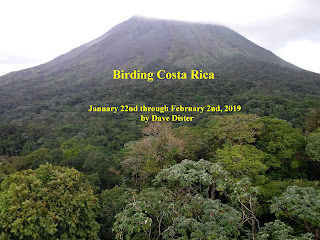 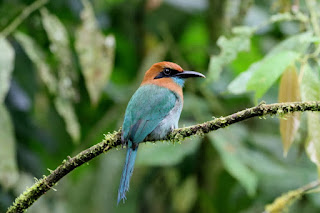 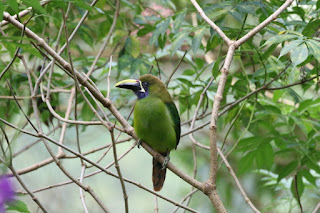 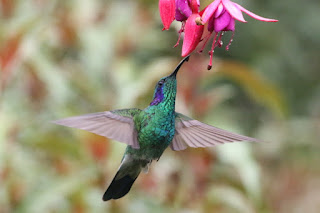 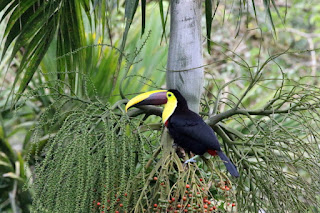 A new app is being launched in Michigan called "Discord".  Its goal is to create a more consistent way to communicate both rare bird alerts and chat among Michigan birders at both the county and state levels. If you are interested in joining, visit the App Store or Google Play and get the free app.  Then email Ric Pedler or Beth Miller and they will send you an invitation to join:

On the evening of February 17, Steve Barnard presented a very interesting and informative program about the operations of the Muskegon County Wastewater System.

February 19's field trip was scheduled for the same area.  However, just as last month, bad weather virtually canceled the trip.  The few people who didn't see our posting about the winter weather advisory found blustery conditions at the Wastewater.  We took a brief drive around the properties pointing out places to bird when the weather was good, but then called it a day.  Hopefully March will provide better weather!

Because Covid conditions still exist, members who were unable to vote by secret ballot in person at our February 17 meeting may still do so non-secretly by phoning or emailing Ric with their votes from Feb. 18-28, 2022.

No one other than the people below have asked to be candidates, but "write-ins" are acceptable whichever way you vote.

Originally the club met at the Muskegon County Museum located in the Vanderlaan School; later in the old jail building. Through many years and many people it evolved into today's official Muskegon chapter of Michigan Aubuon.

We would enjoy meeting you in person sometime, so please come to one of our meetings or field trips. If you decide to keep attending, please join the club. Dues are $20.00 per year. Benefits include our friendship and the monthly club newsletter.

Various members of our club have been involved in CITIZEN-SCIENCE PROJECTS such as:

For past reports and data, email the address above.